In early June, a lovely couple from the Kootenays commissioned a set of Touch Wood Rings. Matty is a Graffiti Artist and Leesa is a writer. We had so much fun working with them and were delighted to learn that they would be passing through our area and were adventuresome enough to want to come out and meet us and pick up their rings in person.

David and I live remote and off grid west of Williams Lake ~ it's not the easiest place to get to; over the years we've met only a few of our thousands of awesome Touch Wood clients.
Leesa and Matty were planning a trip across BC and over to Haida Gwaii where they planned on being engaged. Not only were we looking forward to meeting them, but then they'd be heading to Haida Gwaii; the home of my heart. I had the good fortune of being a child on those magical rainforest islands.
So. June was a pretty normal kind of June. We had a flush of summer weather and were making summer plans; things we wanted to do around the property, a few quick trips we wanted to make, scheduling visits from family and friends who wanted to come out and visit. 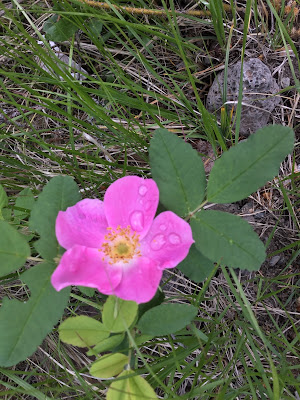 And then All Hell Broke Loose. Wildfires erupted on July 7th. We were placed on Evacuation Order on July 10th. 62 days in total. An entire summer surrounded by the worst wildfires in BC's recorded history.

Leesa and Matty were planning their trip. Roads and highways were closing all over the province as wildfires flared and new fires sprang up. There was no way in to our place and no way out. The City of Williams Lake was evacuated and so even though David completed their rings, there was no way to deliver them ... This was a first for us in 17 years of  making rings.  Matty and Leesa took it all in stride. They found another route around to get to Haida Gwaii but had to forego having their rings with them and we were sorely disappointed.

The evacuation orders for the residents of Williams Lake were finally lifted and we were able to ship once Canada Post resumed service. It was a very difficult and stressful summer but in the end we are just SO thankful that we didn't lose our home or property Others, sadly, did not fare so well. 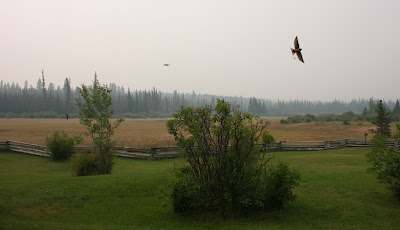 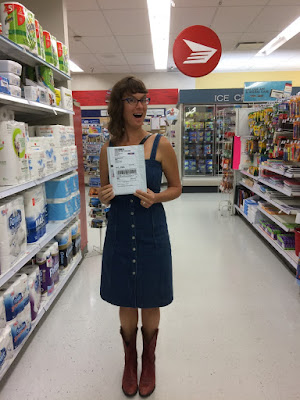 Once Matty and Leesa were back in the Kootenays, they wrote saying .... "We are home and the long awaited moment finally arrived today when we trotted down to the post office to pick up the most important package. 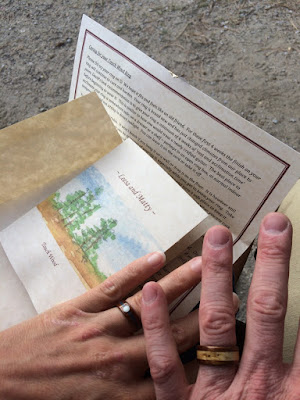 We shipped along happily to the lakefront to open the envelope like children on Christmas morning. 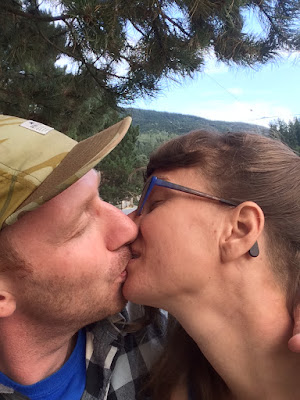 We absolutely love the rings and, of course, they fit us like they have always been a natural part of our bodies. Thank so much! From our hearts to yours. Matty and Leesa."


And then earlier this month (Jan 2018) we opened our email to find these awesome pics and a happy note from our Kootenay friends. 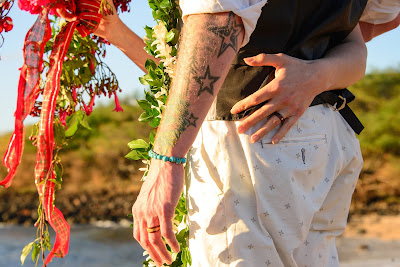 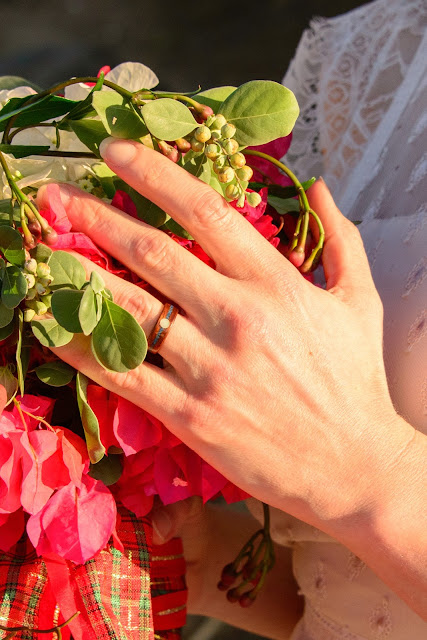 "Matty and I recently got married in Hawaii and we wanted to send you a few pics of the rings. We are thrilled to have them out and about​​! They are comfortable and beautiful and we love them so.
Thank you for being an important part of our union. ... we brought the Hawaiian Koa wood back to its homeland for a visit :)
Much love, Matty and Leesa" 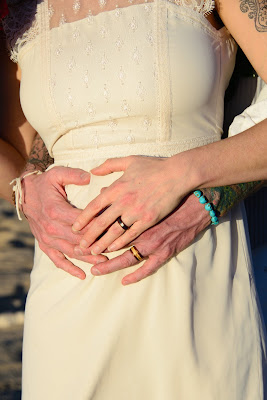 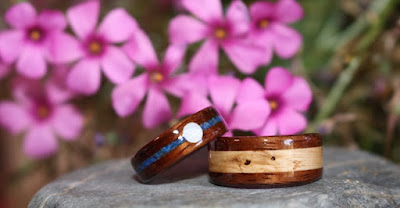 Matty and Leesa's rings were made of Hawaiian Koa Wood with Purpleheart wood liners and inlays of Lapis Lazuli, Mother of Pearl and Oak with natural knots.
TOUCH WOOD RINGS 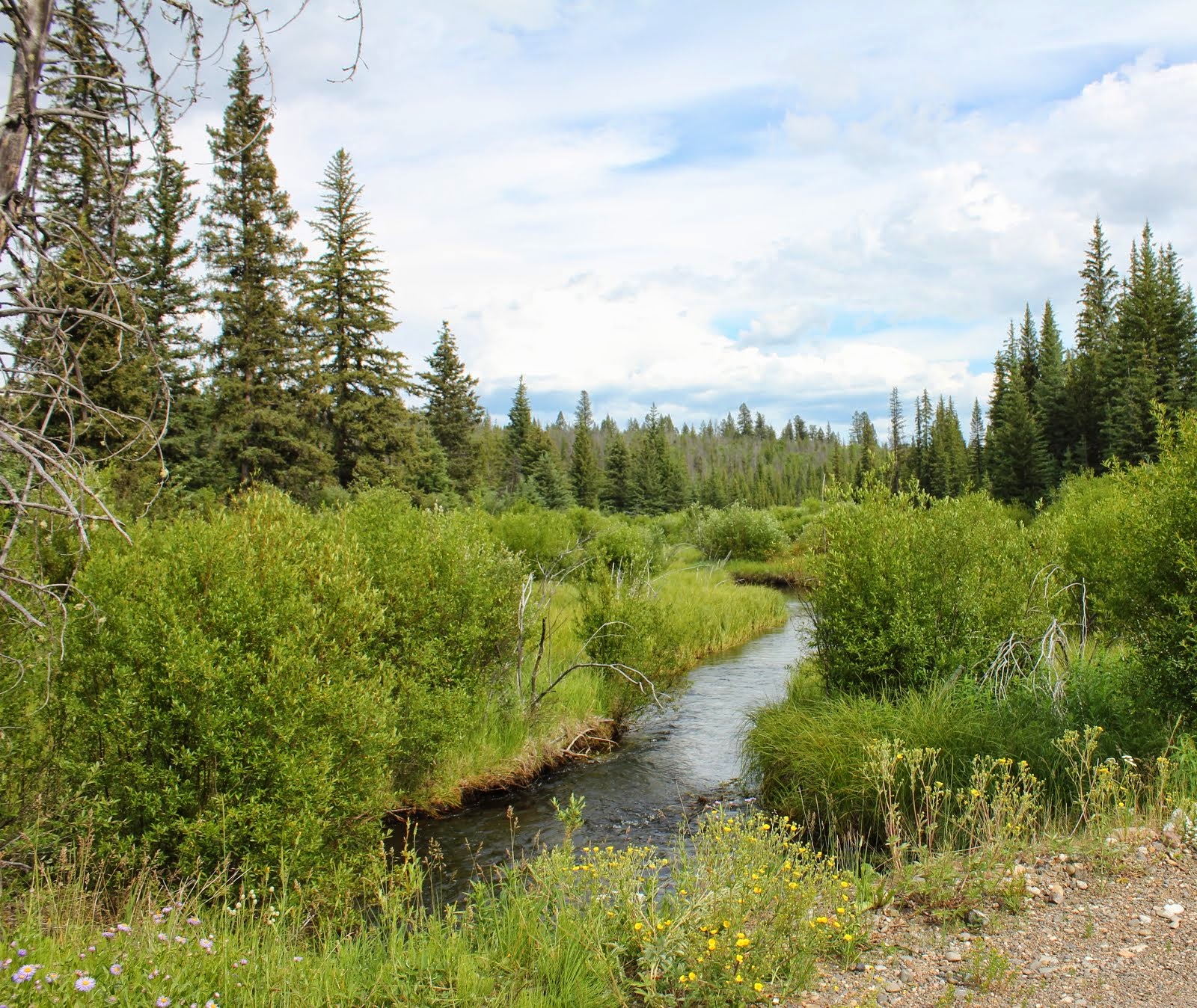